Levi’s and Naomi Osaka Team Up for Upcycled Collection

Levi’s and Naomi Osaka are creating something new from old stock.

The denim maker and tennis star teamed up for a four-piece limited edition Levi’s x Naomi Osaka collection this summer, with each piece made of vintage upcycled Levi’s denim.

Osaka worked with the brands design team on the collection, which draws on her style, mixing sporty and feminine. The collaboration also draws on Osaka’s Japanese heritage  with a denim kimono with matching obi belt.

“I always loved wearing kimonos when I was a kid,” Osaka said. “So, to be able to do it in denim felt really different and a bit unexpected.”

Rounding out the collection are two styles of denim shorts and a trucker jacket bustier. To make the bustier, Levi’s takes reworked trucker jackets and gives them the shape and cut of a traditional corset-style bustier with a lace-up back.

“I liked the idea of the bustier while I was sketching it,” Osaka said. “But I love it even more now that it’s been brought to life.” 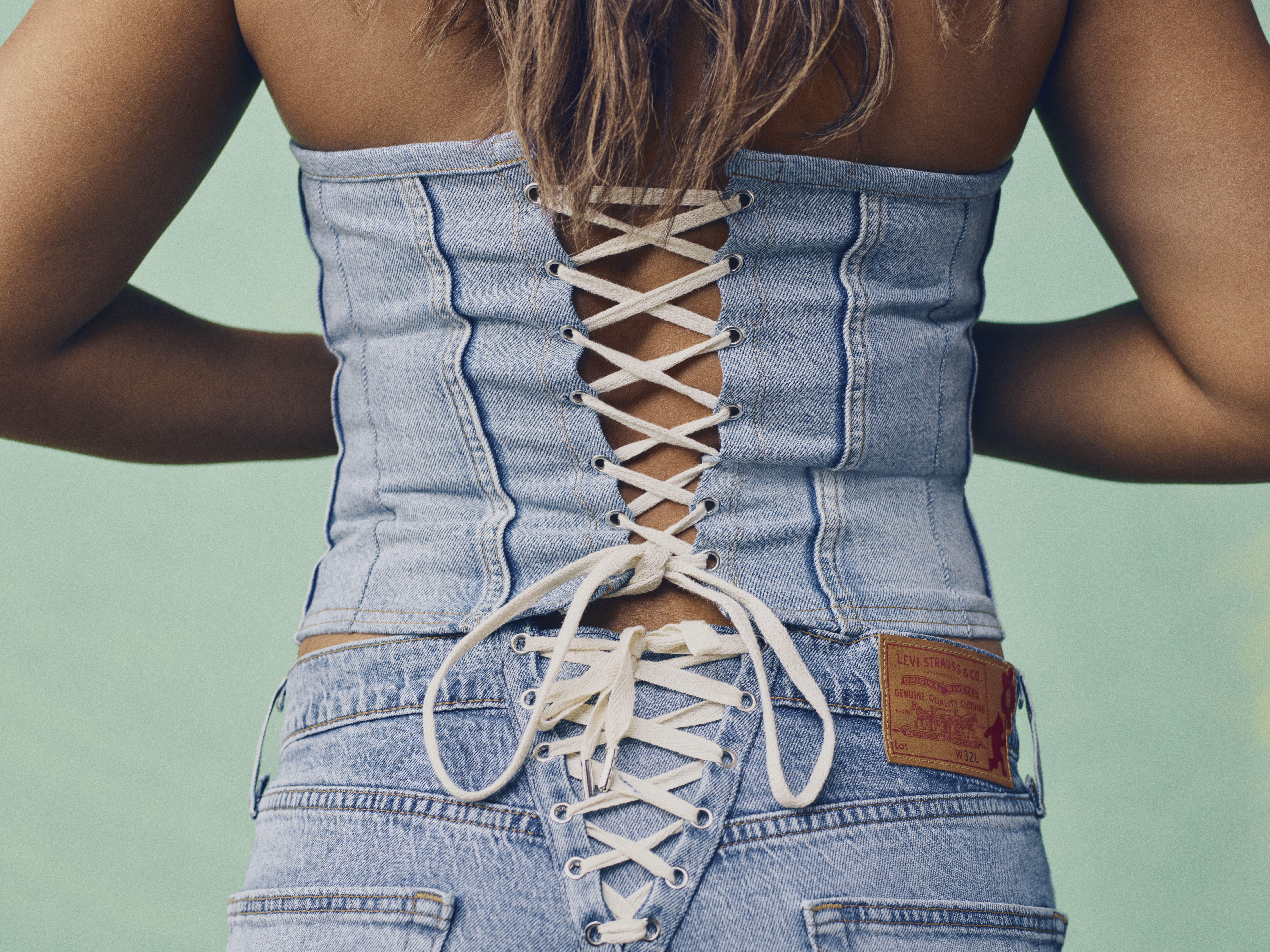 Levi’s likes to contribute to big cultural conversations and touches on several of the current themes with the collection.

In addition to being made from recycled and repurposed stock — and therefore more sustainable — the collection is very personally connected to Osaka, who can claim a right to make a kimono where others could get hit with complaints of cultural appropriation.

Osaka is also at the vanguard of a newer movement that has top athletes reclaiming their rights to be human — and not superhuman.

The four-time Grand Slam singles champion withdrew from the French Open this summer, acknowledging that she has “suffered long bouts of depression since the U.S. Open in 2018” when she took her first Grand Slam title in a match against Serena Williams.

Osaka said she gets “huge waves of anxiety before [she] speaks to the world’s media” and did not want to participate in the French Open’s press conferences. The issue surfaced again on Monday when Osaka had to take a break after becoming emotional during a Zoom press conference with media at the Western & Southern Open in Mason, Ohio, after a reporter asked her reaction to the devastating earthquake in Haiti (her father is Haitian). Another reporter subsequently asked her how she balances not liking having to do press conferences with needing a media platform to discuss the causes she champions, after which she paused the call although she returned later. Her agent called the reporter “a bully” following the press conference.

Levi’s, which has worked with Osaka before, described her as “a powerful young voice in the world of sports whose authenticity and willingness to stand up for important causes has helped inspire millions. In a very short time, she has become not only an iconic athlete, but a true ambassador for social change.”