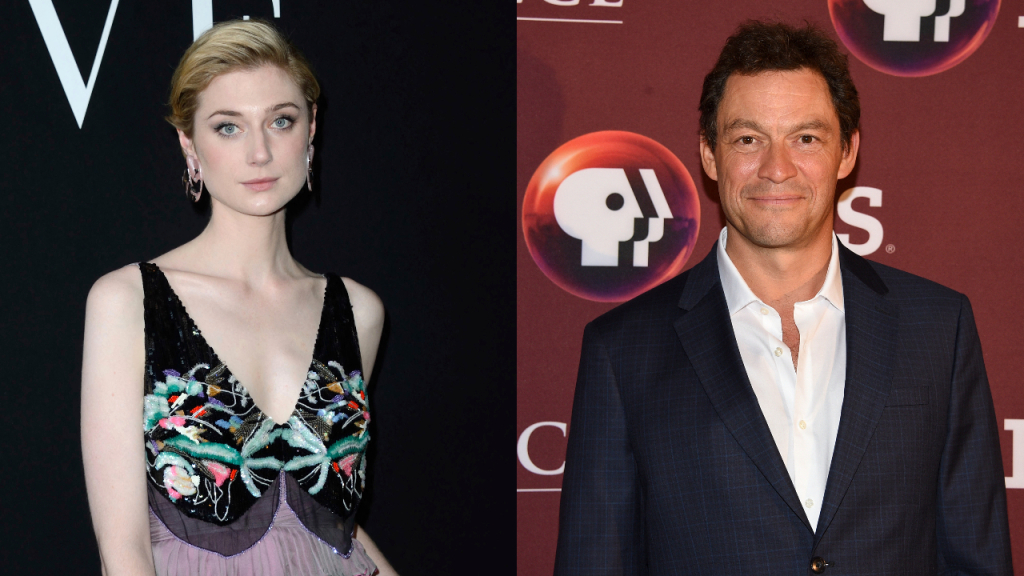 Netflix has revealed more photos of the upcoming fifth season of “The Crown,” showing the new Princess Diana and Prince Charles.

On Tuesday, the official Twitter and Instagram accounts for “The Crown” posted images of Princess Diana and Prince Charles, who will be played by Elizabeth Debicki and Dominic West, respectively.

The pictures show West as Prince Charles standing in a brown two-piece suit appearing distraught, while Debicki, with Princess Diana’s iconic bob, is shown laying on a sofa pondering with a note resting on her lap.

West was reportedly rumored to be in talks to play the prince for the last two seasons, though it was not previously confirmed until now. West will be taking over for Josh O’Connor, who played Charles for the third and fourth seasons of the series.

It was revealed in August 2020 that Debicki would be taking over the role of Princess Diana for the fifth and sixth seasons. Emma Corrin, who played Diana for the fourth season, earned numerous accolades for her performance, including a Golden Globe Award for best actress in a television series drama; she was recently nominated for an Emmy award for outstanding lead actress in a drama series.

“Princess Diana’s spirit, her words and her actions live in the hearts of so many,” Debicki said in a statement. “It is my true privilege and honor to be joining this masterful series, which has had me hooked from episode one.”

Last month the show revealed the first look at the new Queen Elizabeth II, who will be played by Imelda Staunton, best known for her role as Dolores Umbridge in the “Harry Potter” franchise. Starring alongside Staunton, West and Debicki are Lesley Manville, Jonathan Pryce and Jonny Lee Miller, who will play Princess Margaret, Prince Philip and Prime Minister John Major, respectively.

In July 2020, Peter Morgan, the show’s creator, said he changed his mind about concluding the series after five seasons. Morgan revealed he now plans to end it after six seasons instead after his initial plan didn’t follow through. However, the show will not cover events that happened with the British royal family as of late, meaning the latest addition of Meghan Markle will most likely not be included.

“As we started to discuss the storylines for series 5, it soon became clear that in order to do justice to the richness and complexity of the story we should go back to the original plan and do six seasons,” Morgan said. “To be clear, series 6 will not bring us any closer to present day — it will simply enable us to cover the same period in greater detail.”

The upcoming season will explore the events that occurred in the 1990s, judging from Major’s tenure as prime minister. Reportedly included in the storyline will be Princess Diana’s bombshell and newly controversial interview with BBC Panorama in 1995.

The latest season, which aired in November, received 24 Emmy nominations, including Outstanding Drama Series. According to Variety, filming for the fifth season began this month, which means its premiere will not be until sometime in 2022.