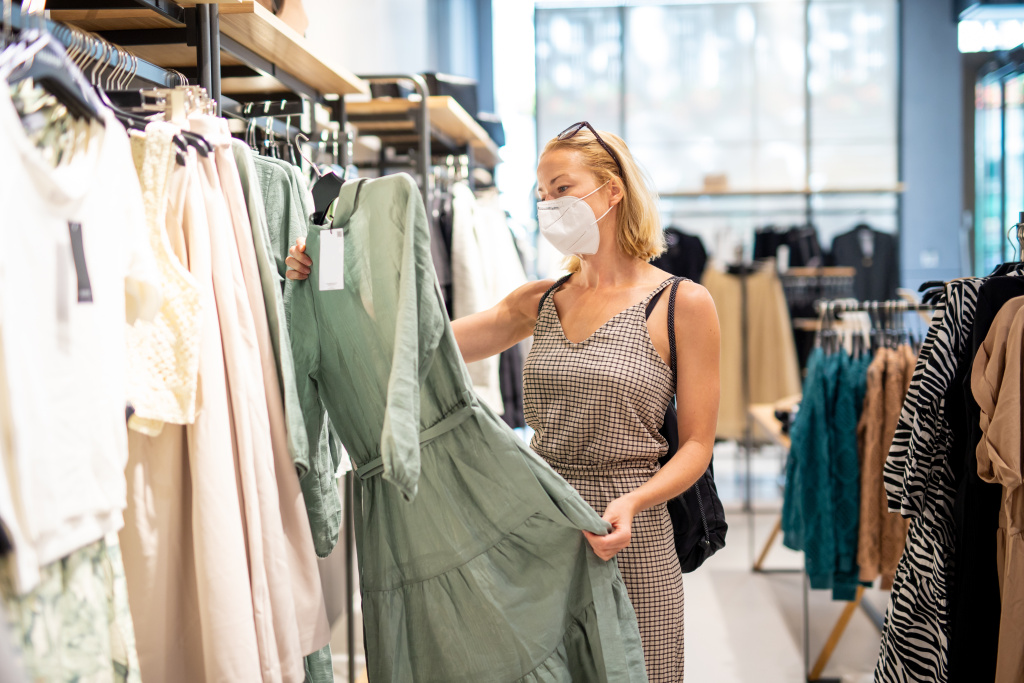 Research released this week from Shopkick, the shopping rewards app, showed significant concern about the COVID-19 Delta variant among consumers, which could impact how, where and why they shop.

The report follows consumer behavior research from Gravy Analytics which looked at trends prior to the pandemic and compared them to now. Researchers at the firm found notable changes within various shopper persona groups this year compared to 2019. Some of the behavior changes are expected to remain in place for some time.

In the Shopkick report, nearly half of consumers polled said they were worried about shopping in a store. “Just as normalcy appeared to be on the horizon, surges of COVID-19 cases brought by the Delta variant are once again leaving many Americans in fear of what’s to come,” the company said in a statement. “Thirty percent of shoppers are more worried about COVID as Delta cases continue to rise, and 40 percent report feeling the same level of discomfort as they did one month ago. Of those concerned Americans, 43 percent report that the Delta variant is impacting the way they shop, and nearly half (47 percent) are more worried about shopping in-store.”

The research was based on a survey of about 11,500 consumers in the U.S. and was conducted between July 21 and 27.

The poll found that 61 percent of respondents are taking “extra precautions” while shopping in a physical store due to the Delta surge. “Of those cautious consumers, most are once again masking up while shopping (82 percent), using disinfectants on hands and carts (79 percent), shopping at less busy times (66 percent), using debit/credit cards to avoid exchanging cash (63 percent), and utilizing self-checkout (59 percent),” authors of the report said.

And while 70 percent of those polled said they expect retailers to deploy safety measures in stores, 59 percent said they “fear retailers will fall short of this expectation.” Shopkick said consumers hope to see retailers “disinfecting carts (83 percent), enforcing social distancing (65 percent), mandating masks (65 percent), limiting store capacity (42 percent), and putting a cap on the number of essential products each shopper can purchase (38 percent).”

The report noted that behavior changes born out of the pandemic such as shopping more online, making fewer shopping trips, and stocking up on essentials remain firmly in place. But the survey also found that the number of consumers who said they shop in a physical store remains unchanged from the prior month’s report.

Shopkick said that despite consumer fears, “shoppers are still headed in-store. In fact, most shoppers (67 percent) report taking the same amount of trips to the store per week as they did last month, and 10 percent have found themselves going more often.”

Dave Fisch, general manager of Shopkick, said amid a surge in COVID-19 cases and consumers wary of in-person shopping, “they are still heading in-store. Retailers need to prioritize making the experience as enjoyable as possible while doubling down their focus on safety. Shoppers will expect nothing less than stocked shelves, a demonstrable commitment to safety in your store, and a trained staff setting the example.”

In the consumer persona research from Gravy Analytics, authors of the report found that the onset of the pandemic “changed U.S. consumer behavior dramatically.”

“During lockdowns, many Americans found themselves looking for new ways to spend their time as stores and restaurants closed, events of all types were indefinitely postponed, and consumers couldn’t go out as they normally would,” the company said, noting that to understand how COVID-19 impacted consumer behavior, researchers compared the personas of consumers observed during the second quarter of 2019 with those in the second quarter of this year.

The findings include a 268 percent jump in the number of “Wholesale Shoppers,” which Gravy Analytics said “indicates that consumers are prioritizing value shopping more and making fewer trips for groceries and household items.” Not surprisingly, the “Live Music Fans and Concert Goers” persona group saw a 64 percent decline, year-over-year.

There was also a jump in the “Home Improvers” group as consumers sought to upgrade their homes. Despite a desire for sprucing up their houses, one persona group took to the tents. The report found that the number of “Camping Enthusiasts” increased by 225 percent, year-over-year, which Gravy Analytics suggests that consumers “want to vacation without the worry of enclosed spaces and crowds.”

The authors of the report said many campgrounds in the U.S. have seen an increase in foot traffic “and this trend isn’t likely to go away anytime soon.”

Still, while camping has become more popular overall, “there are some areas in the U.S. that are experiencing less interest,” the firm said, noting that consumers in California, Connecticut, and Washington, D.C, for example, “were less likely to be ‘Camping Enthusiasts’ in 2021 than in 2019.”

“Residents in these areas may have decided to spend more time outside at local parks rather than venture farther from home,” the report stated. “Behavior around camping also shifted in Oregon, where more consumers were more likely to be ‘Camping Enthusiasts’ in 2021. Consumers in Maine and Vermont, long known as popular destinations for campers, continued to show enthusiasm for camping.”