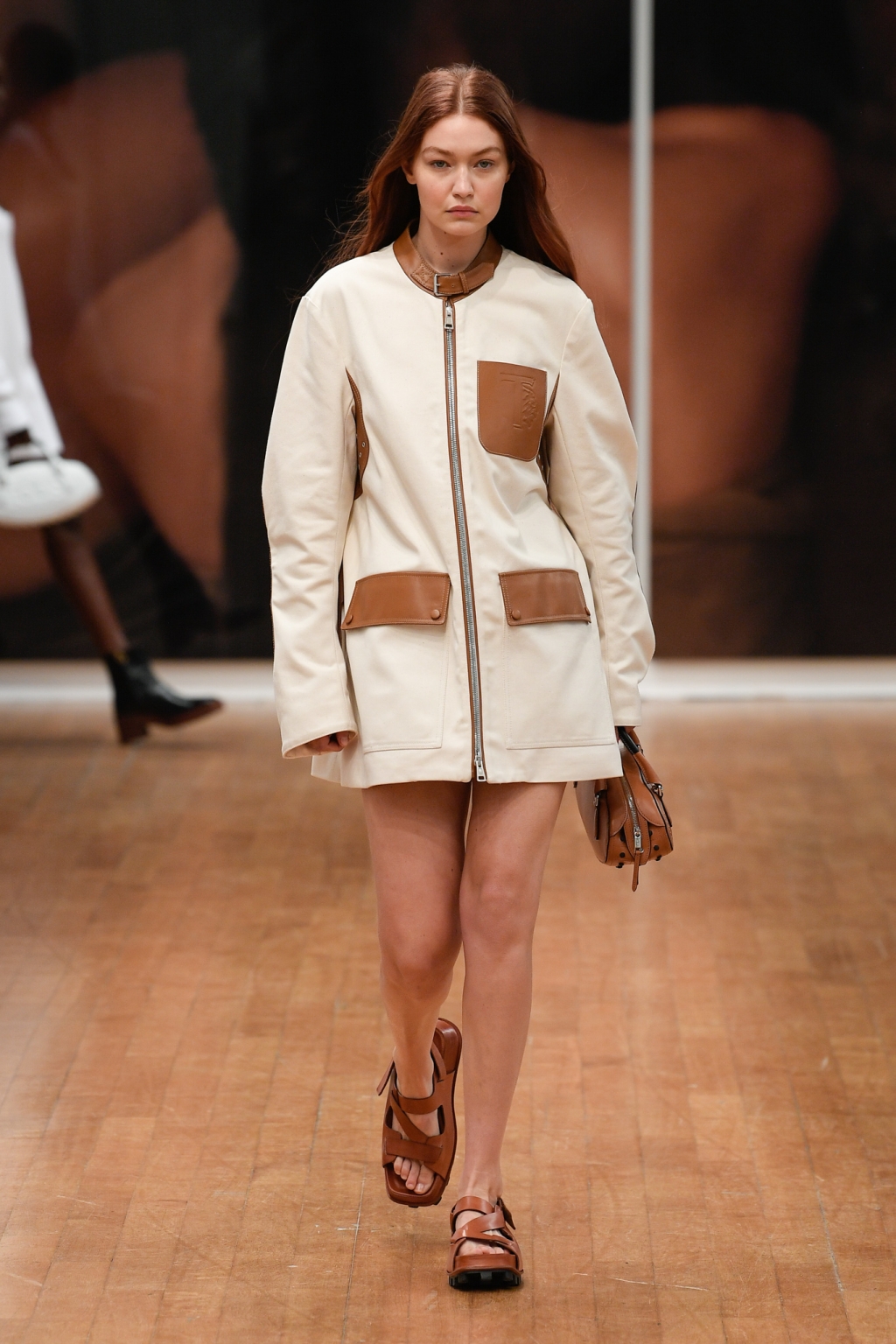 Tod’s creative director Walter Chiapponi admitted he may never turn his back on the bon-ton aesthetics he feels is so ingrained in his style – and that is so personal, as it always reminds him of his childhood and his mother. However, for spring the designer wanted to add a tomboyish streak to his designs.

He introduced a strong knitwear component for the first time, with short patchwork dresses or crochet tops with nubby fringes derived from the art of carpet-making. The knits contributed to the comfort factor that is a key trend in Milan.

Skirts were all short, sometimes with raw edges, and Chiapponi kept the cocktail silhouette simple, as in A-line coats.

A ‘60s vibe ran throughout the collection as Chiapponi ticked off Federico Fellini, Anna Magnani and Isabella Rossellini photographed by Robert Mapplethorpe, as well as films such as “La Dolce Vita,” “Rosemary’s Baby,” “ Valley of the Dolls,” and “Breakfast at Tiffany’s” as inspirations – cue the pretty bucket hats. At the same time, models walked in front of photos of artist Carlota Guerrero’s installation at the PAC contemporary art museum – a reminder that Chiapponi is designing for today’s “multifaceted woman,” he noted.

The designer also worked with nylon, on colorful, puckered windbreakers for a sportier look.

Chiapponi obviously paid great attention to Tod’s bread-and-butter –  shoes and bags – emphasizing the T signature logo and the pebble motif. Sandals were offered with macro rubber soles – although at times they looked too clunky –  but there were also daintier kitten-heeled pointy shoes.

Small bowling bags embellished with the pebble pattern were jazzed up by vivid yellow, turquoise and bright red hues.