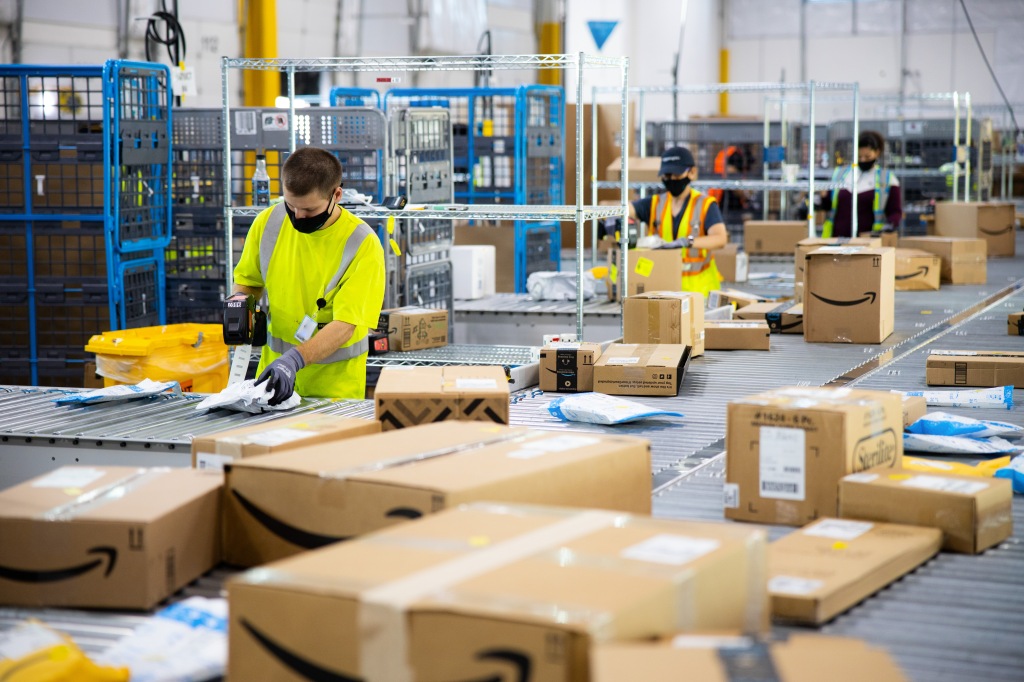 Amazon is taking pains to demonstrate that it has a cop on the counterfeit beat.

The massive e-commerce marketplace said its counterfeit crimes unit reached a settlement with influencers running a social media counterfeiting scheme, banning them from selling on its platform and scoring funds to support anticounterfeit awareness.

In November, Amazon sued Kelly Fitzpatrick and Sabrina Kelly-Krejci and others, alleging they used TikTok, Instagram and Facebook to promote the sale of counterfeit luxury goods on Amazon, where the items were presented as generic.

The pair will be barred from selling on Amazon and agreed to make settlement payments, which the website will funnel to the International Trademark Association’s Unreal Campaign seeking to educate 14- to 23-year-olds on intellectual property rights.

Kebharu Smith, director of Amazon’s counterfeit crimes unit, said: “We are pleased that this settlement has resulted in the individuals recognizing the harm they caused, assistance for our investigation moving forward, and that charities will benefit from the recovered funds. This settlement sends a strong message to would-be bad actors that Amazon will find you and hold you fully accountable.”

That’s a message that has become increasingly important for Amazon to get out there.

The company — along with other platforms — has been criticized for facilitating the kind of black market sales that erode the value of brands and make it harder for legitimate businesses to grab consumers.

Amazon’s crackdown no doubt helps as the marketplace seeks to work closer with the big fashion brands, for instance, through its luxury initiative.

The counterfeit crimes unit was launched in June of last year and has led to a series of lawsuits, including joint suits with HanesBrands, GoPro and Yeti.

According to Amazon, only 6 percent of merchants that applied to sell on the platform were approved by the site’s verification process and listed goods for sale.

The company also said fewer than 0.01 percent of all products sold on Amazon were the subject of a counterfeit complaint from customers.

Critics, however, argue that paints too rosy a picture of the problem since many consumers might not bother to report that they received a counterfeit product or, worse yet, even realize the goods are fake. If shoppers don’t know they received fakes and are disappointed by the quality, that creates an uphill battle the brand itself has to fight.

CEOs at Walmart, Macy’s, Gap, Nordstrom and Capri Look to the Future

What Is Fashion Getting Out of Gaming?