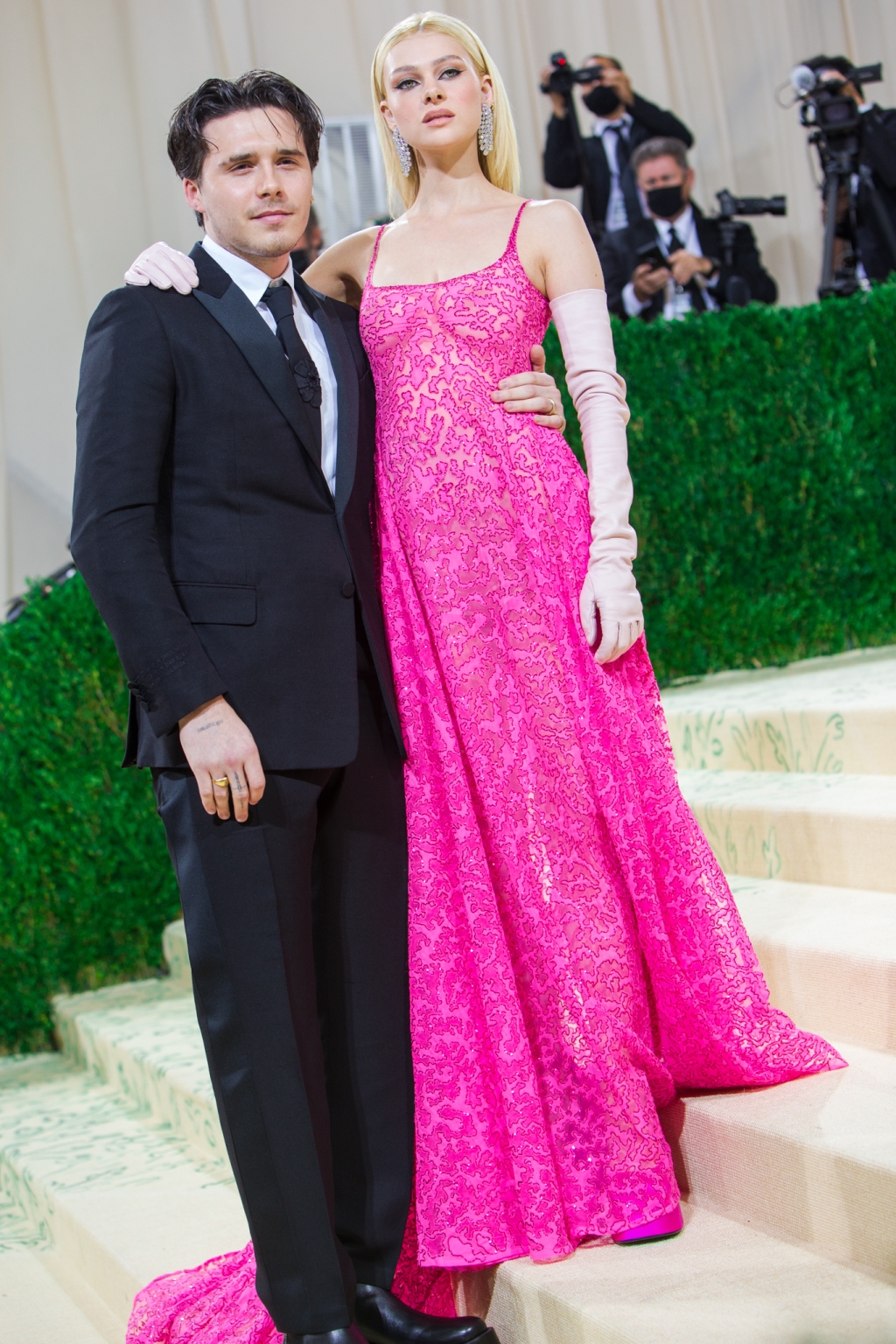 Congratulations are in order for Nicola Peltz and Brooklyn Beckham, who tied the knot over the weekend.

The celebration kicked off on Friday as guests arrived for welcome cocktails ahead of the ceremony on Saturday, which was reportedly a traditional Jewish ceremony.

Peltz, who is the daughter of billionaire businessman Nelson Peltz and former model Claudia Heffner, and Beckham, the eldest child of football legend David Beckham and Spice Girl-turned-fashion designer Victoria Beckham, exchanged their vows in front of nearly 600 guests.

The wedding gown was custom-made by Valentino. The news was revealed a few days before the wedding in an interview Peltz did with CR Fashion Book. She also mentioned she would be wearing different looks.

“We’ve been to Rome twice, watching everyone in the atelier, they’re just so talented,” Peltz told the outlet. “I have not thought of a specific dress that I want to get married in. So actually finding what that is with Valentino has been really amazing. The creative process has been fun, like finding the perfect fit and fabric.”

The dress, designed by the brand’s creative director Pierpaolo Piccioli, featured a square neckline, with a more fitted silhouette to accentuate the waist and a long train. The lace veil was just as long as the dress and Peltz wore gloves in the same fabric to match.

Ahead of the wedding, there were rumors that Victoria Beckham would design Peltz’s wedding dress. Peltz and Piccioli have worked together in the past, with the designer creating the actress’ look for the 2021 Met Gala in September.

After the ceremony, magician David Blaine reportedly performed a show for some of the guests during the cocktail hour before Marc Anthony capped off the evening of celebrations by performing four songs at the reception. The food was served by Thierry Isambert, a chef who used to work for former President Bill Clinton.

According to multiple outlets, some of the stars on the guest list include Venus and Serena Williams, Gordon Ramsay, Eva Longoria, Jordana Brewster as well as Victoria Beckham’s former bandmates Mel C and Mel B.

Beckham’s entire family was also there, including David Beckham, Victoria Beckham and his two brothers Romeo Beckham and Cruz Beckham, both of whom were groomsmen in the wedding, and his sister Harper Beckham, who was reportedly tapped to be a bridesmaid.

Peltz’s family was also in attendance, with her parents Nelson Peltz and Claudia Heffner and her seven siblings, including actor Will Peltz and hockey player Brad Peltz, who was the man of honor in the ceremony.

Multiple family members made speeches, including David Beckham and Nelson Peltz, the latter of whom asked guests to make donations to Ukraine in lieu of wedding gifts.

Peltz and Beckham were first romantically linked in 2019. In July 2020, after only a few months of dating, the couple revealed they were engaged.