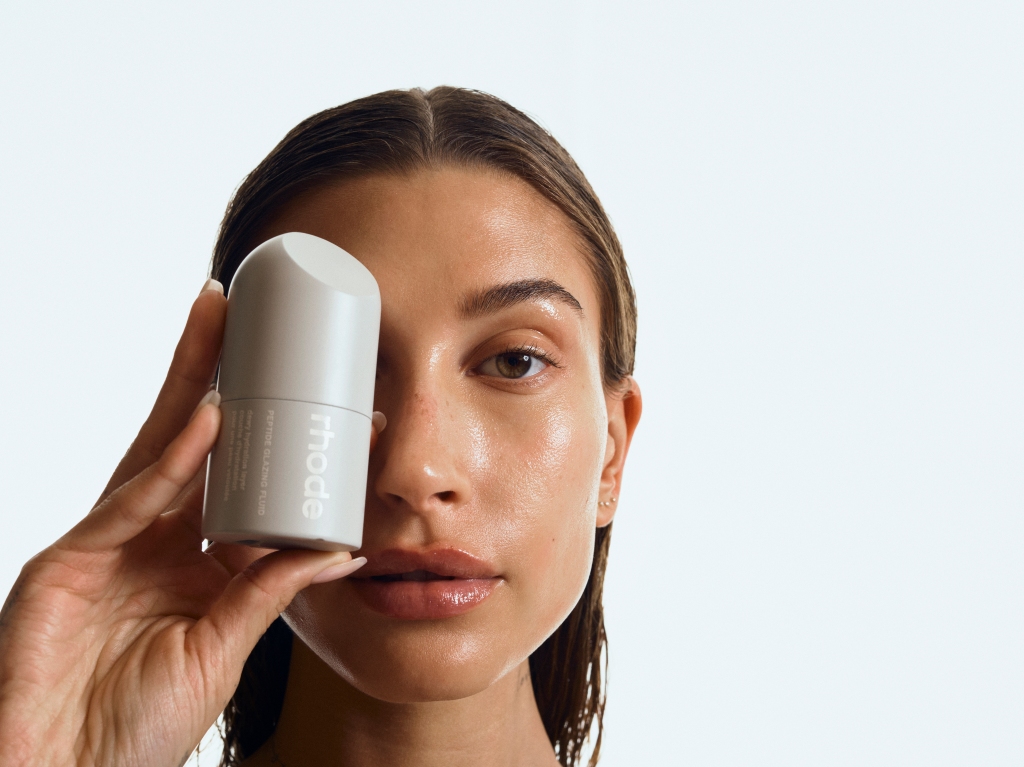 It’s the world of Rhode, and we’re all just living in it.

“The vision for me from the beginning was the world of Rhode,” Bieber told WWD. “I see Rhode as more than a beauty brand, I see it more as a platform.”

Bieber is starting small with the brand’s launch, including a serum, a moisturizer and three lip balms, with future product drops planned to expand the lineup.

All of the initial products are vegan, cruelty-free and gluten-free, and priced below $30. Bieber designed the range to be essentials-focused. “My philosophy for the brand, and the ethos for me, is to make one of everything really good — it’s those staple products you keep going back to. It’s also my philosophy when it comes to curating my wardrobe: the perfect pair of jeans, that one really good T,” she said.

Although her vision for Rhode was clear, she also knew her own limitations. “I have vision, I have ideas, and I’m creative, but I’m not a chemist or a dermatologist,” she said. “The team has done such a good job of dealing with my crazy midnight texts.”

To that end, Rhode tapped cosmetic chemist Ron Robinson, founder and chief executive officer of BeautyStat, as its chemist in residence, and Dr. Dhaval Bhanusali serves as the brand’s dermatologist in residence.

Both had a heavy hand in the product formulation. “When we were developing the formulas, the labs said they were $100 formulas, but that’s exactly what we’re trying not to do,” Bieber said. “Expensive skin care formulas should be accessible.”

She may not know her way around a lab, but Bieber was still highly engaged in the process. “During the pandemic, I really dove into the products and ingredients I know and really love, and learning why they work so well,” she said. “It wouldn’t have made sense for me if I said I was launching with 14 eyeliners. It’s not my thing, these are products I use on a daily basis.”

With that in mind, though, the brand isn’t limited to specific categories for expansion. “If I were to go the route of any color, it would be very stripped back, like a tinted lip balm,” she said, adding hair care might make sense eventually, too. “I just wanted a brand that could take my aesthetic, my knowledge of the ingredients that I love, and make it for everyone.”

That aesthetic has defined every step of brand building, from its matte gray packaging to the marketing. “Formula efficacy is the number-one thing, and then it’s about the vibe, the aesthetic, the packaging, the bottles. It’s very curated, very edited, minimal, stripped back,” she said.

The brand isn’t following the traditionally aggressive go-to-market strategies that other celebrity brands have. On June 1, Kim Kardashian announced that her new brand, Skkn by Kim, would come to market with nine stockkeeping units; earlier, Lady Gaga’s Haus Labs relaunched with plans to roll out over 100 sku’s in 2022. The latter has also partnered with Sephora, but Bieber wants to own her vision — and her customer — before exploring retail partnerships.

“I spoke to a retailer early on, and I just don’t want to be in a position where somebody’s telling me what to do with my vision. I’ve lent my name and face to a lot of brands, and I’ve spent my time doing that, and I will continue to. But this being my baby, I don’t want people coming in and telling me I have to do something. I want to be able to maintain as much creative control as I can,” she said.

Although Bieber said the route presented challenges, she wanted to be in the brand’s driver’s seat and start from scratch. “I chose the route of ground-up,” she said. “I’m the majority owner of this brand, I put most [of the] money into this brand myself. There’s no reason for me to cut corners. I will not, and I did not with these products.”

Part of the brand’s communication strategy will include YouTube-oriented with content on Bieber’s channel, which launched in 2020.

“We took a TV quality approach to YouTube to make it a place where she could showcase her personality,” said Michael D. Ratner, founding partner and board member of Rhode, who also oversees the production of the content as founder, president and chief executive of OBB media. “But the beauty in how we’re approaching it, is that there’s no over-planning. The YouTube channel is not going to magically become the Rhode YouTube channel.”

For more from WWD.com, see: