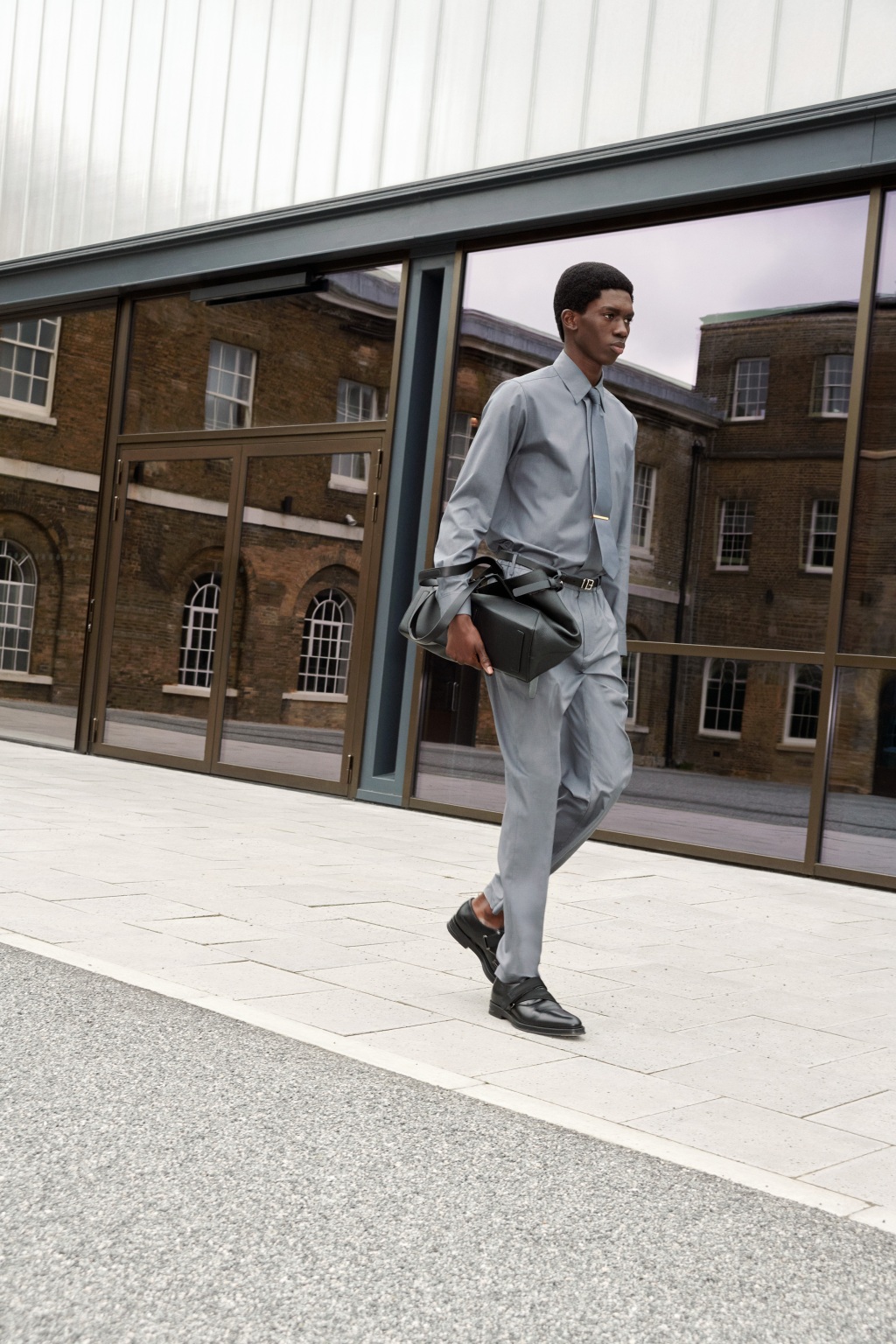 LONDON – Mark Weston has exited as chief creative officer of Dunhill, following more than five years at the brand and the arrival last year of a new chief executive officer, Laurent Malecaze.

Weston joined Dunhill in April 2017 and stopped working with the company last October, according to his profile on Linkedin.

Dunhill could not be reached for comment at press time. The brand plans to present a fall 2023 collection later this month.

Weston’s last collection was for spring 2023. It saw him fuse tailored clothing with sporty silhouettes and create “fluid, comfortable clothes that are made to be lived-in. I didn’t want anything to feel too precious,” he told WWD in June.

His accessories, too, were unfussy and included a multifunctional, soft pebble-grain leather bag and a grab-and-go square pouch, the latter of which has been a big seller in Japan.

His signature wrap jackets, split-hem trousers, zingy color palette and overall nonchalant chic attracted customers from around the world, and appealed to a younger generation of consumers. In China, female celebrities like Chris Lee, Ni Ni and Song Zu’er have been wearing the men’s styles.

Weston also designed for the brand throughout the pandemic, injecting more knits and casual clothing and quickly adapting the offer to customers who were working full-time, or part-time, from home.

Before joining Dunhill, Weston spent nearly a decade at Burberry as senior vice president, menswear design. Earlier in his career he worked as a designer at Coach and Donna Karan.

Dunhill’s CEO Malecaze joined the company one year ago, succeeding Andrew Maag, a former Burberry executive who had joined Dunhill at the end of 2017.

Malecaze was the inaugural CEO at AZ Factory, a joint venture between Compagnie Financière Richemont, parent of Cartier and other hard luxury brands, and the late designer Alber Elbaz.

Dunhill is one of Richemont chairman Johann Rupert’s most treasured fashion properties, and sits in the luxury group’s portfolio alongside businesses including Alaïa, Chloé, Delvaux, Montblanc, Peter Millar, Purdey and Serapian.

As a whole, those soft luxury businesses grew 27 percent at actual exchange rates and 19 percent at constant exchange rates in the first half of the 2023 fiscal year. The division generated profits of 56 million euros.